The amazing story of Jumbo, the greatest circus elephant, told by Deborah Walk and illustrated with circus memorabilia of the time–trade cards, posters, child's toys, etc.

"Despite its featherweight, printed paper from the John and Mable Ringling Museum of Art exerted enough power back in the 1880s to ignite and sustain enthusiastic public interest in a beloved 13,000 pound curiosity named Jumbo. Circus paper encompasses a wide range of material such as tickets, letterhead, route cards, programs, lithographs, window cards, heralds and couriers that promote the upcoming season and highlight the star attraction. From 1882 to 1885, Jumbo was the attraction that captivated America not only in the realm of the circus but also in advertising." 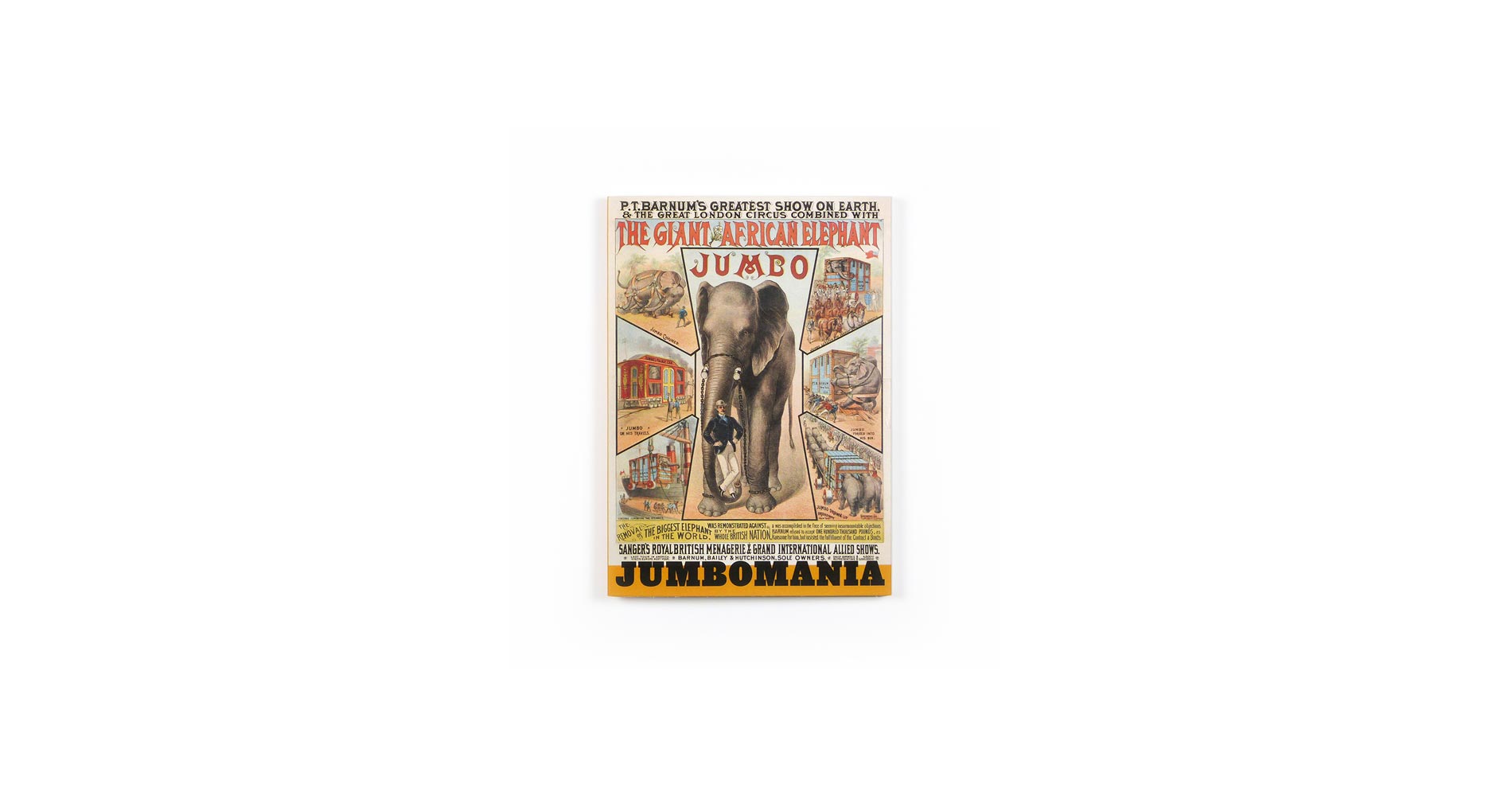 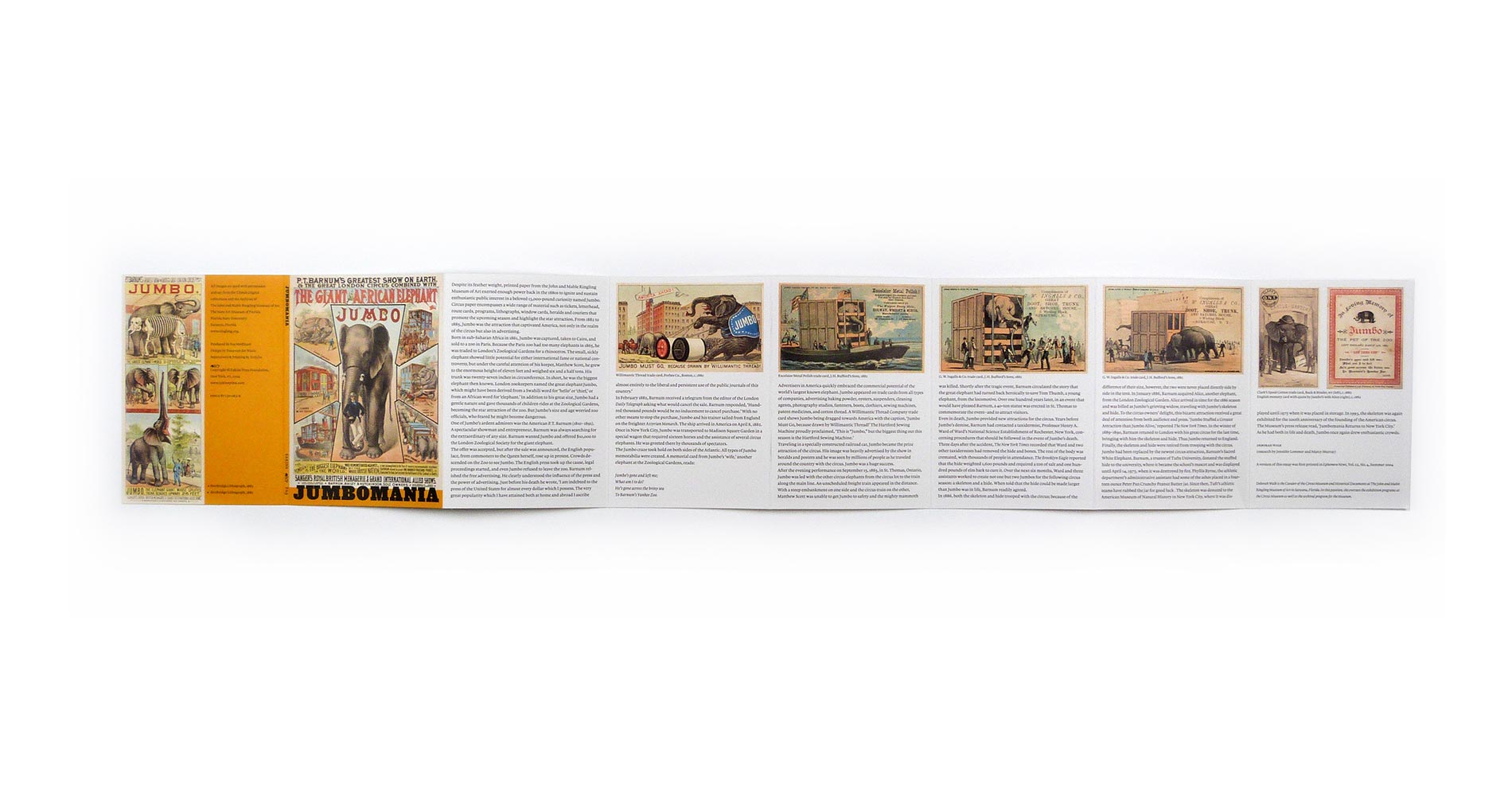 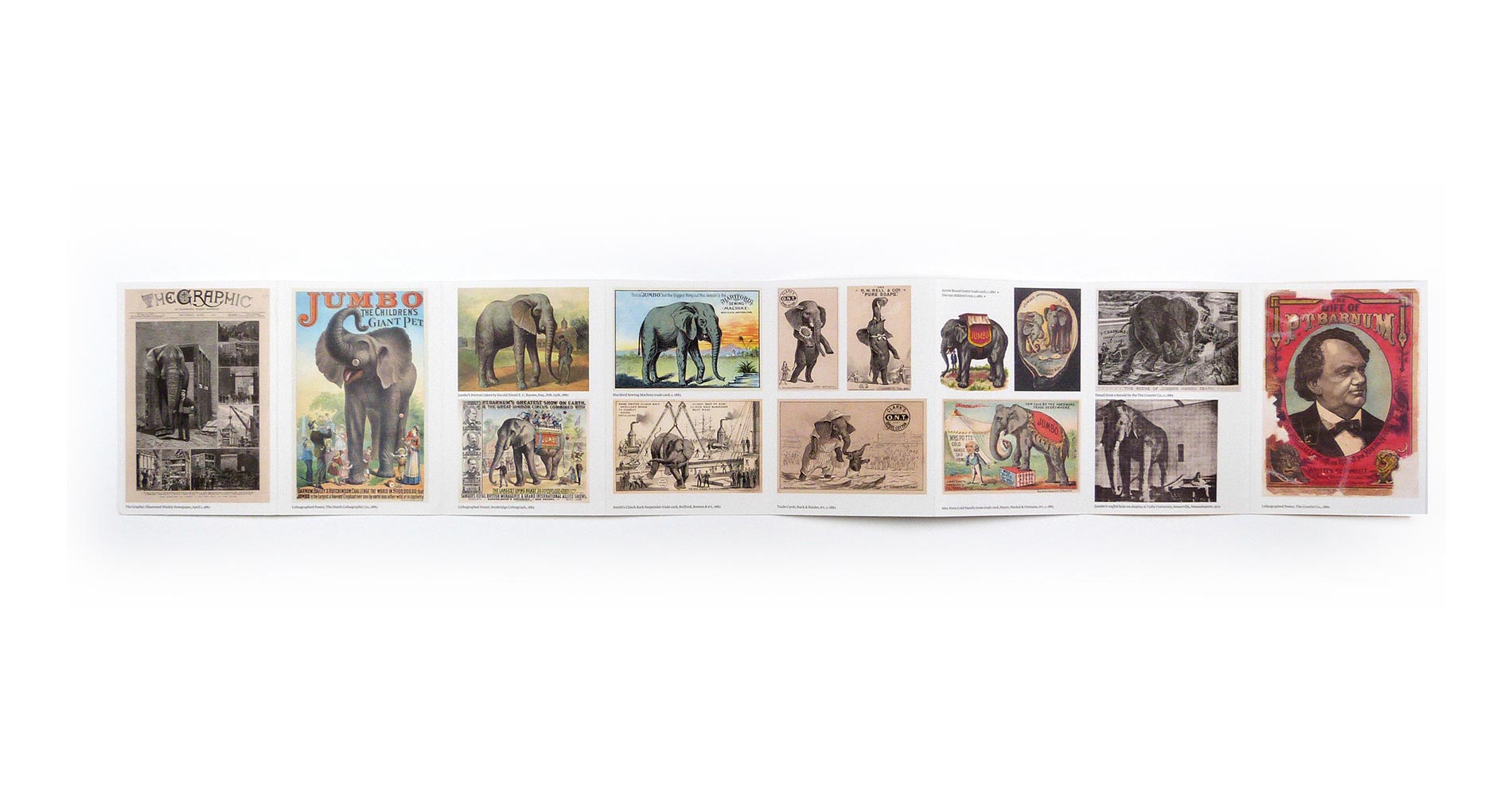